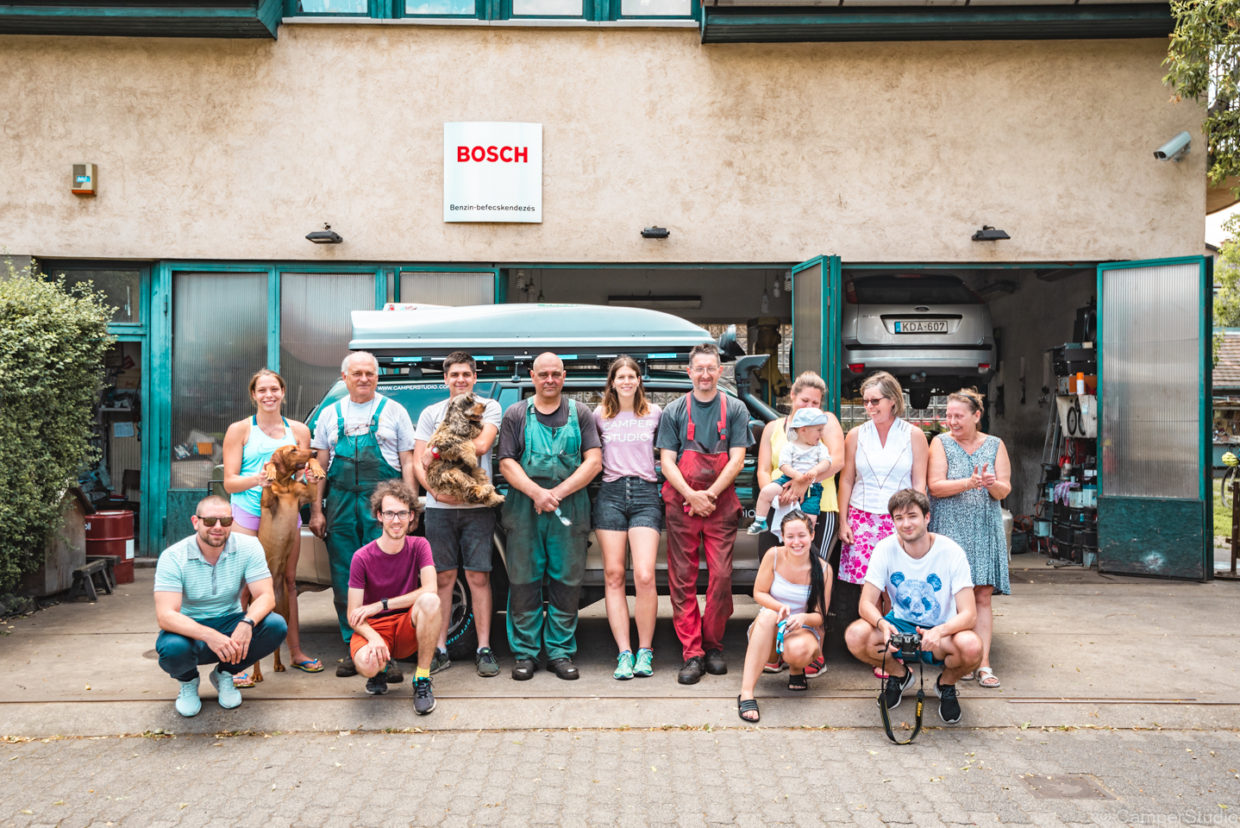 Around the Earth Expedition

I first heard of Interrail in high school, barely a few years passed, and IN 2014, we traveled with Sophie most of Europe in a month. It was a fantastic journey, which from I made videos and blogs on tripandtech.com and on my Youtube channel. However we felt we needed to do something bigger, even though the one-month trip was no small business. We spent most of the trip camping, hiking, not the luxury hotel, but we loved each and every minute of it.

So the idea of the Expedition came in our mind for about five years. We were thinking of “traveling the world,” it was obvious. During the five years, the idea became a plan but it changed constantly from Africa, to the USA and to the whole earth. In the meantime, we have traveled through northern Europe, traveling almost all of Scandinavia, or at least the spectacular parts, by motorhome.

Even before I finished my university studies, we started the next project. We moved to Regensburg, Sophie took a job, I studied. Meanwhile, it was outlined that we wanted to go around. I mean, around the Earth, actually. Not just here and there. After all, this way, we can somehow understand where we actually live.

So, not spoiled, we’re leaving for the East and coming to Budapest from the West. It will not be an eastern and westernmost point of the tour, max. southern and northernmost.

I graduated from the law university in November, and as a doctor I couldn’t have dreamed of doing a better job than couriering at UPS. I’m just kidding, I really enjoyed it: I was earning my bread with my two hands, and my job was pretty much pushing the gas to the maximum of a Mercedes. Okay, more than that, it wasn’t easy to courier, but I had a really good time. The speed of my life accelerated from zero to 100 in less than a month.

We organized the trip beside the job, which took us about as much time as the work itself. But damn, how many people do you know who travelled around the Earth? In addition to our own earnings, our families have provided significant support, which has been and will be a huge help, and we are so grateful! We received a mobile toilet and two mobile showers from the KempingVilág, many thanks for that as well! Beyond that, as civilians, we created this whole thing on our own. It is incredible to me, of course, how much we have put into the whole thing. It was almost overpowering. So we were able to do that and I’m proud of it! And of course we are proud of our families and friends as well!

We experienced during the planning of the trip such a supportive attitude that you really only experience when such good people are around. That’s why it’s worth it. If we hadn’t even started, just adding all this talk and help, it was well worth it to me. But we are so lucky that we actually set off. It is now our job to pay attention and do what we have planned for all this time.

Planning does not include details such as booking accommodation (we sleep in the car) or how to get home from Paris in mid-December. But we’ll solve it, need some spontaneity! So for half a year now, don’t look for us in Budapest, because we’ll be on the road, and not in five days from the East, but in half a year from the West. But we’ll come! See you soon.