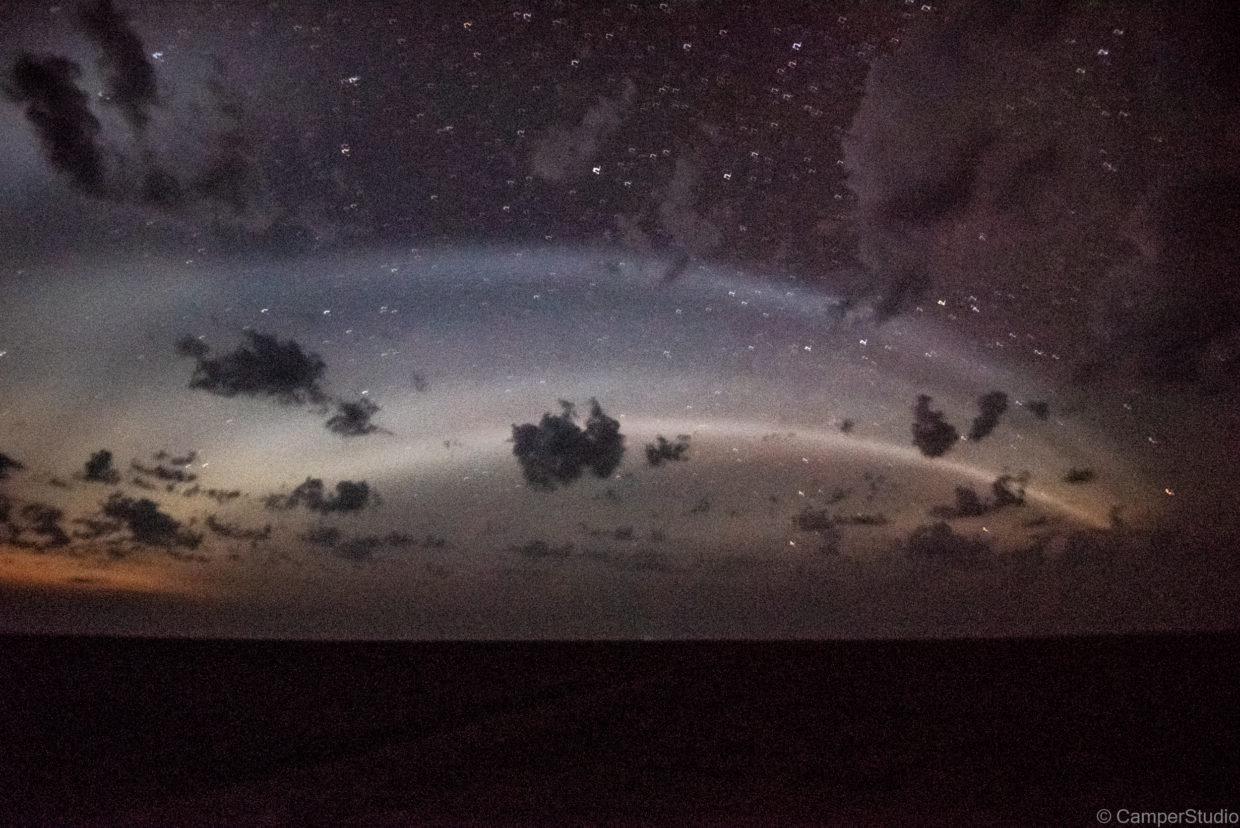 We saw a SPACE SHIP!

Sometimes, but very rarely, you can witness something really special. It happened to us last night, and we saw something very scary, exciting that we have never and probably never will. It was creepy and beautiful at the same time, mostly creepy because we didn’t know what we saw … After Almaty we traveled till we found a place for the night , the procedure is to get off one of the dirt roads to the middle of the desert, go 50 meters and camp for the night. It was like this, we started the evening routine: packing, bathing.

Yeah, but I thought I was discovering something very strange in the sky. It was a bright but really very bright thing that crossed the sky quickly. I thought the moon would emerge from behind a fast-rising cloud. But no … The beam of light swept through the sky at high speed, leaving behind an orange-clover-shaped stream of light that filled almost the entire sky. It was completely dark, with some stars only visible in the sky, but that something lit up everything better than the moonlight at full moon. The source of light soon disappeared, but it did not fall on the horizon, simply out of sight. However, the light of the flying object illuminated in the opposite direction, was visible for a minute or two and then faded slowly. I managed to photograph this, but unfortunately, everything happened quickly.

We were a little anxious about what we had seen, it was difficult to find an answer in the middle of nowhere. What could it be? A rocket? A spaceship? An extraterrestrial lifestyle? Based on what you saw, any one could have been possible. We talked about having a relatively small chance of launching an atomic rocket, and we fell asleep. Before bed, I wrote a message to a space and other expert friend to find out what we saw if he could get more.

The answer came the next day when we finally found reception: On the 50th anniversary of the Moon landing, three astronauts were sent to the International Space Station from the Baikonur Cosmodrome rocket launcher in Kazakhstan. In other words, we saw a spacecraft with three people aboard, probably just as it was leaving the atmosphere and heading for orbit. We saw a real spaceship in action !!! Not only the mind, but the sight was also amazing! Not many people evade the planet Earth, and not many people see a spaceship take off!

We feel very lucky, and the experience is comparable to seeing an 8-strong polar light (in the company of our space expert) in an unexpected place and time. Huge luck, that we didn’t stop sooner or later … That I accidentally noticed. That the clouds didn’t cover it. That wasn’t a bad weather. That we were there and not in Almaty at the Mitsubishi Service. That we are in Kazakhstan at all, on the Epedition around the Earth! Thank you everyone!

Article about the event: The Verge